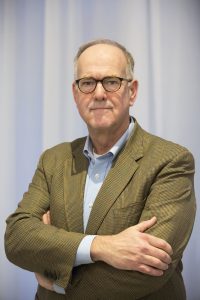 Bradford Wakeman serves as Chief Operating Officer.  Prior to joining the Investment Office in 2007, Mr. Wakeman spent six years at Lucent Asset Management first as its Director of Risk Management and later as its Director of Public Market Investments.  During his time at Lucent, Mr. Wakeman also served as a Trustee and Chair of the Investment Committee of Lucent’s U.K. pension plan and provided general oversight of Lucent’s other non-US pension plans.  Prior to Lucent, Mr. Wakeman was Chief Financial Officer of the Massachusetts PRIM Board.  Mr. Wakeman began his career as a CPA auditing investment funds.

Mr. Wakeman is on the Advisory Board and the Land Conservation Committee of the Trustees of Reservations and is active in other conservation organizations.

Mr. Wakeman holds a B.S. in Accountancy from Bentley College.

Covid-19 is an ongoing concern in our region, including on campus. Safety measures are in place, and campus community members and guests are additionally advised to take personal precautions. See the college's Covid-19 website for information about campus policies. For the latest research and recommendations from the CDC, visit cdc.gov/coronavirus.